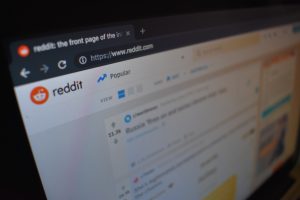 Have you ever wondered how you can restore Reddit’s deleted posts from the Reddit archive?

Here’s a short guide about how to see deleted Reddit posts!

If you’re a Reddit aficionado, someone who is fond of reading long, fascinating threads about different topics, then you’ve probably come across deleted comments at one point or another. These blank spaces can kick your curiosity up a notch.

While a lot of Reddit comments can be informative and humorous, some can be distasteful and offensive. The internet can be as cruel as it can be fun.

It’s worth noting that most Reddit comments are deleted for a good reason. They may be offensive or contain hateful, controversial material. Either you must ensure that these comments do not contain such content, or prepare yourself to see it no matter how offensive it may be.

So without further ado, here are a few legal, accessible and free tools to view deleted Reddit posts from the Reddit archive!

Why would you even want to view deleted Reddit posts?

There have been reports in the past from Reddit users and commentators of heavy moderation and abuses of power. Indeed, Reddit posts can sometimes become sort of toxic or offensive. The anonymity of posting on Reddit is what enables so many people to act out in the comments section and be as controversial as possible.

However, there is something to be said about freedom of expression and freedom of speech, particularly in what is supposed to be an unmonitored space like social media and the internet.

Reddit threads dedicated to particular niches are available all over the site. Some sub-reddits are more heavily moderated than others.

Here’s an example of a niche Reddit thread that is both humorous and heavily moderated. You’ll be able to see comments on the post that have now been deleted.

So let’s get into how you can find deleted posts from the Reddit archive.

This is the most powerful, accessible, and usable tool in this entire list. Chances are that you’ve probably heard about it at one point or another, but we’ll tell you exactly how you should use it.

However, Ceddit works wonderfully well on recovering Reddit deleted posts. Additionally, it also identifies why the original comment was deleted.

It recovers the deleted comments on a Reddit thread automatically and highlights it in red. Simply browse through Ceddit the way you do when using Reddit. However, it can get tedious having to look through Ceddit manually. If there’s a specific deleted comment you want to see, follow these steps:

However, there are some comments that Ceddit may not be able to recover, such as those deleted by Reddit’s auto moderator.

One of the biggest benefits of Unreddit is its simplicity and ease of use. There’s no real interface, just a landing page.

Depending on how many comments in the sub-reddit have been deleted, it may take some time to recover them.

It’s easy to use; add “un” to the word Reddit in the URL of the Reddit thread. Unfortunately, while Unreddit may be useful, it is not completely consistent.

Unlike Ceddit and Unreddit, Resavr takes a different approach to viewing deleted Reddit comments or recovering them from the Reddit archive. Resavr only recovers comments that are 1000+ characters.

The theory behind this function is that the longer the comment, the more informative it is. Supposedly, longer comments are

However, sometimes we just want to see a witty one-liner or a raunchy joke. Resavr does not allow for that. This is one of Resavr’s big drawbacks.

One thing to note is that Resavr’s user interface is significantly different from other websites. Instead of browsing through sub-reddits and posts like you would on Reddit, Resavr compiles a list of all deleted comments and displays them on the landing page.

You will not have to edit the URL to reach the deleted comments, as was the case with Ceddit and Unreddit. Resavr seems to monitor Reddit for deleted comments itself. A lot of the comments extracted by Resavr from Reddit archives are quite interesting and informative due to its 1000+ character limitation. 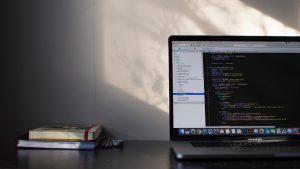 This is a Chrome extension that lets you view deleted Reddit posts. The extension is integrated into the website which saves a cached duplicate of the Reddit web pages and URLs open in your current browser. This way, you can go through the copy and find all the comments that are available on the original sub-reddit, even if they get deleted later.

However, this extension will not let you recover deleted comments from the Reddit archive.

This extension is more for preservation than recovery. If a comment has already been deleted, it cannot be recovered through this extension. However, it can provide a copy of all the comments in a sub-reddit before they can be deleted.

Wayback Machine functions more like the Chrome extension in the last point than the way Ceddit or Unreddit do.

It is a web archiving service, and essentially, what it does is take screenshots of websites and add them to a cache of copies to be accessed later. You can use it on Reddit as well. While it does not let you view deleted posts, it can help you access their screenshots.

These are some of the best tips and tools to recover or read deleted Reddit comments.

However, something you should keep in mind is that these comments can often be offensive or NSFW. Thus always try to use these tools and delve into Reddit with caution.

Now that you know the basics of how to see deleted Reddit posts, let us know which of these methods work best for you!

Are there any tools we forgot to mention?