We live in a day and age that it is virtually impossible to separate the effects of technology from human life. With every passing day, our dependency on technology is increasingly on the rise. Humankind has depended on technology for business, travel, education, healthcare, agriculture, communication but most of all, comfort and recreation.

Technology has introduced immense growth in the economy, culture, and living standards. Where it has taken this world from an abyss of despair to pinnacle of success and glory, it has also presented a lot of challenges of its own. The irresponsible application of technology has led to deteriorating the planet’s climate and depleted its resources.

It has been a challenge to explore what are the virtues and vices of the impacts of technology on society. There is a fine line between disruption and destruction. It is a double-edged source. Sometimes the benefits do not outweigh the detrimental effects.

Here is an example to help you understand better.

Corn can be converted into ethanol and used as an alternate source of energy. In a way, it can be used as fuel to run cars and other machines to decrease the cost, thereby increasing the output of manufacturing industries.

However, this may result in the removal of a large quantity of corn production from the food resource to satiate the requirement of it in fuel production. The nations that use corn as a staple in their diet may suffer from a shortage. The lower income brackets will starve in consequence.

It may result in world hunger, which is much worse than the fuel shortage. Conclusively, how we use technology directly effects an environment and its inhabitants. Therefore, the impacts of technology on society are not necessarily negative. However, how society uses technology to achieve specific goals is what determines the positive and negative effects of it.

In a way, it is all about prioritizing the advantages that are an outcome of technology while minimizing its disadvantages. Is technology a boon or a bane to society? The answer to this question will be more unambiguous after the discussion we will have below.

Positive Effects Of Technology On Society

Effects of technology have revolutionized the agricultural industry. Modernization agricultural techniques have increased the quantities of produce with time efficiency and comparatively less input. The adequate yield has resulted in higher RIO “Return on Investment.” 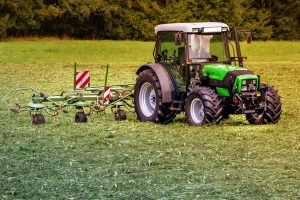 Technology has mechanized agriculture. Therefore, the government can subsidize the purchase of harvest equipment even for small and medium-sized farmers. It has increased the amount of food produced even on lower tiers of agriculture.

GMO “Genetically Modified Foods” are also an effect of technology. These crops grow faster and are more resistant to pests and diseases. Artificial fertilizers enrich the soil faster than natural ones increasing the amount of produce. Due to technological advancements in this field, farmers have access to synthetic pesticides also protect the crops more efficiently than natural pesticides. 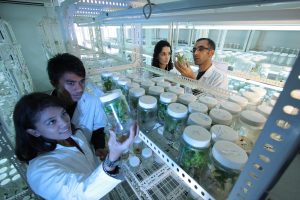 The easy exploitation of water resources is also a positive effect of technology. Farmers can also replenish drylands by deriving the water from rivers. The automation of the entire process of water channels has facilitated irrigation.

Transportation is an area that has benefited the most from the effects of technology. Automation of transport has helped society immensely. It has been pivotal to the progress of society as it is the main requirement of relocation for people and goods.

Technology has revolutionized all the crucial elements of transportation, including road systems for automobiles, air space for aeronautical vehicles, waterways by all kinds of ships, boats, and other vessels. What is more, is that the human race has launched itself into outer space for exploration and advancement. 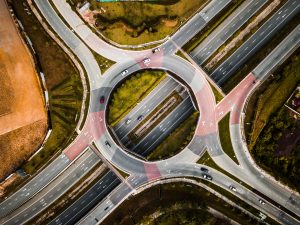 Technological progress in the area of transportation has led to immense ease in mobility, thereby benefiting industrial and professional comfort. Automobiles like buses, cars, trains, and freight have enhanced the convenience by multiple folds. We cover vast distances in a blink of an eye through aerial ways of transportation. People, materials, and livestock are taken over oceans without exorbitant expenses and difficulty all thanks to technology.

The day is not far when human beings will be able to teleport themselves too now off places.

Almost every field involves the transfer of information. It is essential to the prosperity of any organization, industry, or society. Communication has improved due to technology.

Mediums of communication have evolved from print to electronic to digital over the years. It was all possible due to technological progress in the field of communication. Gone are the days of waiting for the post to arrive on your doorstep.

Telegrams replaced letters. Radio waves and devices were a huge source of information. After that, phone lines were introduced. Transmitting information and talking to your loved ones was only a dial away. Cellular phones further revolutionized telephonic contact.

The advent of the internet, however, took the cake. It completely altered the way information exchanged. The web became a free marketplace of ideas for people to interact, voice their concerns, and establish versatile communities. It launched opportunities for business advancements in a whole new way. Digital marketing is now a hot new source of revenue.

Education ensures the security of the future by shaping the minds of a whole new generation. It is the backbone of the economy. Well-established and organized educational infrastructure helps strengthen it.

The modes of education have now incorporated technological advancements that make them more interactive hence increasing the critical ability of students and empowering them. It has facilitated the assimilation of information and learning through multiple folds.

The learning process improved by using gadgets like smart whiteboards, computers, mobile phones, iPads, projectors, and the internet in classrooms. It inflates the student morale and results in better learning.

Virtual learning provides education to students in remote areas. Inclusion of apps is pivotal to this process; for example, iTunes has multiple lectures online on a multitude of academic topics. It has facilitated the exchange of academic information among teachers and students.

Visual and auditory ways of education are prevalent nowadays in subjects like sciences, arts, and humanities. Technologies like these do its best to include individuals with special needs into the educational process.

Adverse Effects Of Technology On Society

With the increase in demand for technological advancement, the burden on the natural resources of the planet has also increased.

For example, the increase in demand of the automobile industry paves the way for the progress of companies like Honda and Toyota but for this requirement to be met we exploit natural metallurgical resources on a vast scale. These natural alloys take billions of years to form and extracting them on such large scale results in a massive setback to the natural balance.

The speed by which these resources are depleting, our future generation will soon be left with nothing in terms of natural resources. Artificial agricultural practices like synthetic pesticides and fertilizers are resulting in land erosion rendering a large percentage of agricultural land unfit for cultivation. The technological extravaganza that civilization has become today is damaging the balance of the wellbeing of Mother Earth.

Average age and life expectancy have drastically improved due to technological advancement in healthcare. Heath facilities are improved owing to the research-based medical solutions to almost every disease known to man.

However, this has led to population explosion and increased competition of survival. It has resulted from a lack of available resources. Where developed countries have managed to control their population by effective methods of birth control made possible by technology, underdeveloped ones are still struggling to balance the proportions of the population to resources to sustain them. These are the areas where food is scarce, and healthcare is dangerously inadequate.

Due to the technological extravaganza civilization has become, every inch of our existence is engulfed in environmental pollution. In the backdrop of industrialization, the increased demands for goods gave birth to an increased number of factories. The environment took a massive hit because of this increased processing and manufacturing. 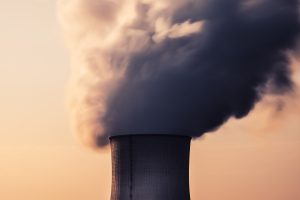 Harmful gasses polluted the air we breathe, toxic chemical poisoned the water we drink and heaps of garbage covered vast portions of land, making it unfit for living and cultivation alike. Overcutting of plantation and other harmful impacts of aggressive technological inclusion in industrial space gave way to Global Warming and climate change. 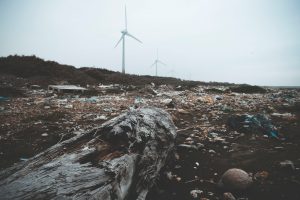 Humankind is on the brink of destruction. We are looking at total annihilation of our future generations due to this overindulgence in technology.

Internet is a free marketplace of ideas. However,  it sometimes takes the shape of a flea market where not everything is worthy of our time. If we calculate, out of twenty-four hours of a day, we spend an unhealthy amount of time staring at a screen. Often times we have an important task at hand, instead, we spend all our time surfing the web.

Temporary stimuli present in our gadgets in terms of social media have reduced our attention span. We are not able to concentrate on a lot of things. Avid readers have turned into compulsive scrollers and overall individual intellect is plummeting.

This immobile lifestyle of being chained to a chair and phone is counterproductive to our health. Gone are the days when people used to go for a walk in the park to spend the time. Nobody has time now that everyone is busy liking and commenting on everything.

The needs for connectivity on social media has now replaced the need for real human connection. Seldom do we see people engaged in conversation anymore. It is a dying art. Most of the times they are just staring at the phone. We have stopped interacting and personal ties have weakened. It can be accounted for as an effect of technology on our lives. 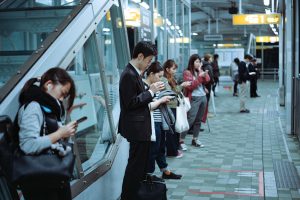 Technology can be defined as scientific solutions to our practical problems that we are experiencing in the world today. But if the solution starts to present itself as a problem, if the negative effects of technology outweigh the positive ones then it is safe to say that it is doing us harm and it is high time that we check ourselves and achieve the balance required for a healthy lifestyle and a healthy planet.