Let’s face it; it’s all fun and games when you are playing with the numbers, but as soon as the decimals start to make an appearance, things start to take a turn.

But it doesn’t necessarily have to be that way.

With applications like Microsoft Excel at your disposal, handling the decimals has never been this easy.

For someone in data analysis, the importance of finding an easier way to deal with the decimals can never be lost. If you identify yourself as one such individual, then you have surely landed on the right page.

One of the primary adjustments that you are likely to make on a number with a decimal point is rounding in excel.

Considering that Microsoft Excel is entirely focused on automating the processes, you can bet that it has a trick up its sleeve that can help you round a number with a decimal point with ease and efficiency.

Such is the very aim of this tutorial.

Read along and find out the three major functions namely excel round, excel roundup, and excel rounddown, and learn how they can help you in rounding a number.

How To Round Numbers In Excel 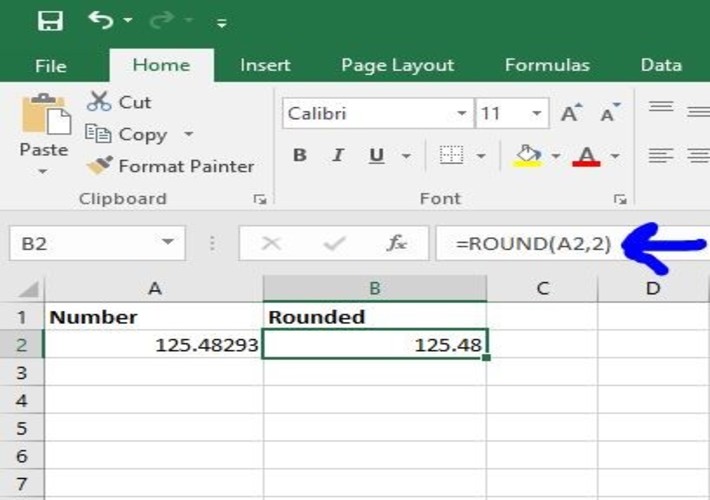 In the example mentioned above, your answer would be “125.48” when you use round function in excel with 2 digits after the decimal.

But that’s not all.

There’s a lot more fun that you can get out of the excel round function.

Cell B2 will now show the rounded number as “130” as it is the closest 10th. Take a look at the picture given below for better understanding.

How To Roundup In Excel?

Excel roundup function is quite identical to the “Round” function as discussed above.

There is only one distinction between the two formulas. As the name suggests, “Roundup” is always used to round a number “UP”. In other words, “Roundup” always rounds the number further from the zero.

Let’s take a closer look at the steps with an example to better understand how to roundup in excel. 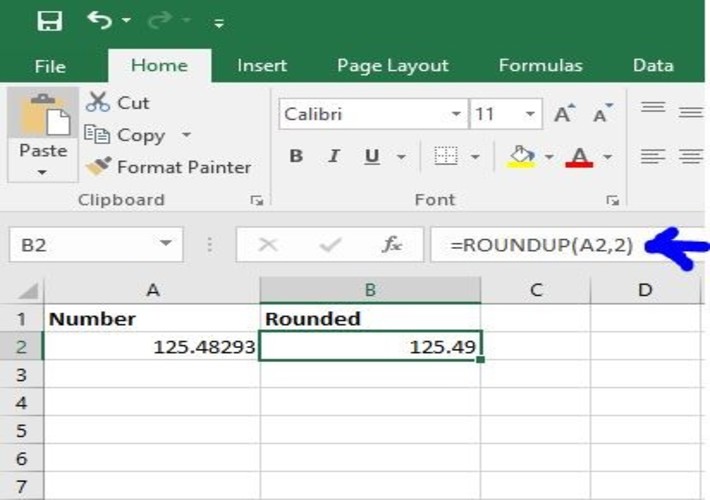 Please note that the second digit after the decimal point was 8 as written in cell A2. In cell B2, however, it has been rounded “UP” to “9” instead.

It is noteworthy that you can decide the number of digits after the decimal point while using the excel roundup formula. By replacing the digit 2 with any other number, you can get an answer with that many digits after the decimal point. If you replace it with a “0”, the number will be rounded up to the closest integer. Since it must be rounded “UP”, you will get an answer of “126” in such a scenario. 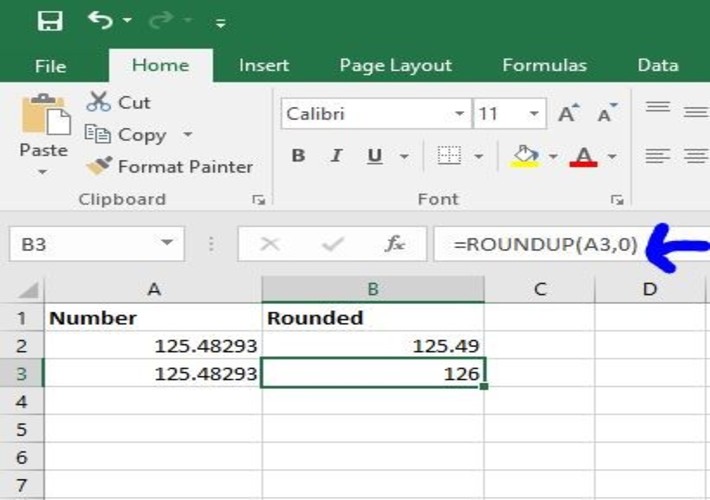 Other than that, you can use round up excel much in the same way as you did the “Round” function.

An important thing to remember is that while dealing with negative numbers, the roundup function in excel will still round your numeric value away from zero.

How To RoundDown in Microsoft Excel?

Lastly, the “RoundDown” function in excel is much like the roundup feature that we have already discussed. As the name suggests, however, this function is useful when you want to round a number “down” or towards the zero.

Here are the steps to follow to use “RoundDown” function in excel:

The rest of the process of using “RoundDown” function in excel is exactly the same as in the case of round in excel and the roundup function. You can use it to round a number down up to as many digits after decimal points as you want. You can also round your inserted numeric value up to the closest integer, closest 10th, 100th, etc. with exactly the same modifications to the formula as explained above.

So, now you have been introduced to the excel round, excel roundup, and excel rounddown function in Microsoft Excel.

With this tutorial, you must have learned what these functions are, how to use them in excel, and what purpose can they serve for you in terms of data management and analysis.

You have all the information that you require.

It’s time that you practice these functions extensively to understand them fully. If you still find yourself with a query or confusion that you would like answered, please feel free to leave a comment. Our experts will help you out with it as soon as possible.