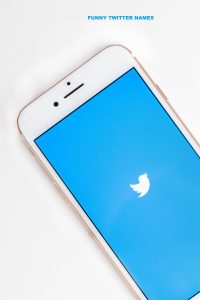 If there is anyone who knows about the importance of having a funny Twitter name, it is the people who already use Twitter. Twitter is one of the most popular social media platforms. This microblogging website amounts up to an average of 330 Million active users every month over the globe.

Fun Fact: Jack Dorsey, the founder of Twitter, thought of it at first as an SMS based communication platform. It was meant to be a more privatized way of keeping tabs on your friends’ activities.

Later, Twitter was a public platform on the interwebs. Now everything is trying to say the funniest, smartest and the wittiest thing in 280 characters or less.

Initially, Twitter was referred to as twttr, as advantageous while buying domain names to drop vowels.

Here is a delightful little suggestion!

Sometimes you use your twitter for work-related operations. You’ve got to be professional in that setting. It is only sensible to use your real name in that situation. It gives the impression that you are serious, and you are down for business.

However, sometimes you use your twitter as a place to be silly and have fun with your friends. We see people pouring their hearts out on their public Twitter accounts. Everyone needs to rant and vent out their frustrations somewhere. Twitter provides a very diverse platform for that.

The question arises here that how comfortable are all of these people with self-disclosure. Commonly, people are more willing to be candid about themselves if they can hide behind a screen and not disclose their identity. The fear of judgment flies away almost instantly under a fake and funny Twitter name.

You can, for example, voice ideas that you feel your family and friends will not be able to understand or accept. There is someone you want to know on a deeper level without your real self appearing desperate. You want to have more friends and expand your social circle. All of this can be achieved while preventing creeps and weirdos online from knowing who you are by using a cute, funny Twitter username. What is more fun about these fake Twitter names is that if you’re bored, you can ditch this identity and get a new one?

Speaking of fake names, we achieve several goals with one in addition to conserving your privacy. You can project any aura you want, be any personality you want to portray by picking a creative, versatile, and easy fake name. While it is a false name, it is also essential that it also represents you. Here is a list of few screen names that you might like.

Your popularity on Twitter depends mainly on finding a very unique, funny, and cool Twitter name. It leaves less room for wondering why choosing a fresh and funny new Twitter name, so is your prerequisite to success on Twitter.

The question presents itself here, how to look for just the right Twitter username. There are multiple ways to do that. You can either use some form of your real name if you are scared of being found out that may not be the best idea. Some people use variations of historical figures to make them sound funny. Others use fictional characters, pop cultural references, and the latest trends while looking for inspiration to find a Twitter name for themselves. 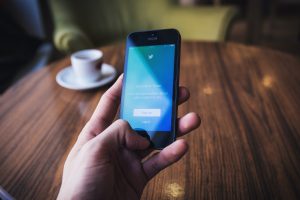 Now that you have this extensive list, there may be no shortage of twitter names for you. Not only can you pick from one of these names, but you can also take inspiration from this list to think up your own. Have fun!

You can also find funny Snapchat Usernames on our website.