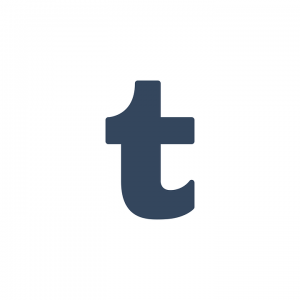 Shakespeare once said, “What is in a name?”. Our boy Shakespeare never had a Tumblr blog because, to have a hit blog, one must think of a catchy and cool Tumblr username. He would be pulling his hair out in despair had he tried to get his Tumblr blog off the ground with all the good Tumblr usernames taken.

Tumblr is a streaming scrapbook on which you can post photos, videos, texts, gifs, and audio recordings. It is an exciting cross between a blog and a twitter feed. Seeing from the evolution of its name, we can figure it out that it is a hybrid of Tumbleblog (its former name) and Twitter.

It is a remarkable outlet for young adults for sharing the cool things they come across with their very own creative edge. Like any other social media platform, you can also follow others with shared interests on Tumblr as well. Posts that are interesting, hilarious, and relatable are shared, or reblogged from one Tumblr blog to another. Most users want their stuff to be reblogged because well, who doesn’t like the validation?

There is no restriction to reveal your real identity, so it is almost customary to remain anonymous on this social media platform. A huge reason for this is that all Tumblr posts are, by default, public. There is only one privacy option that is accessible only on the Tumblr website is that you can turn off the option that allows people to look you up using your Email address. However, mature content on Tumblr is easy to find and impossible to restrict.

Sometimes you cannot think of a good idea to start a blog about. Often you stumble upon this great idea, but you are in a bind for a name that vibes with your plan. Regardless of what the situation is, splitting your hairs over a good Tumblr username is a very frustrating position to be in.

This is precisely why we are here to help. To save you frustration and hair. Moreover, to help you let your creative spirit break free on Tumblr.

How to think of Tumblr Names

One important thing to remember is that Tumblr builds on people’s quirks. So, be sure to expand on yours’. The first thing is to know what you want out of your Tumblr. Be sure that your Tumblr username is related to that. For example, your Tumblr is a meme goldmine for Game Of Thrones fans; you might want to pick a name that is relevant to series and build on it. Something like khaleesis.bae might be the right name.

Secondly, the cool Tumblr username you want to pick has already been taken. What you can do in situations like these is replace a letter in the word so it is different from the original account and also stands out a little. For example, you like mythical creatures whose existence is doubtful like Bigfoot or the Loch Ness Monster. You want to go for the name awkward.sasquatch but it has already been taken. You can go for something like awkward-saxuatch.

Thirdly, you can go ahead and state a fact about yourself in your username and play around a little with it in a fun way to make for a good Tumblr username. For example, if you are tiny and uncoordinated and keep walking into stuff while walking and you like to wear green a lot, you can call your yourself ricocheting.little.parrot.

The last option may not be very theme-centric or niche-centric. Here is when you need to buff up on research. Look for keywords that are most searched on ubersuggest and build around that including your personality.

Many good Tumblr usernames are inspired by pop culture references, celebrity names, famous quotes, fictional characters, and song lyrics. If you still cannot think of a name, the internet is overflowing with cool Tumblr username generators. I am sure you will be able to find a cool and quirky name that vibes with you.

It doesn’t have to be one of these. You can reword them, mix it up a little and voila!

The sky is your limit.

Here are some Funny Twitter Names for you as well.