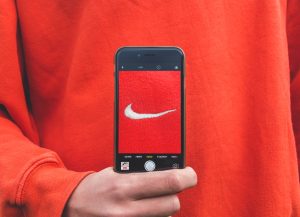 Nike is one of the world’s biggest manufacturers of sports equipment, footwear, and attire. But have you wondered who the biggest Nike competitors are? What brands compose the top Nike competition?

You’ve probably heard of Nike’s logo “just do it” several times. It’s blossomed in popularity with the rise of Nike’s fame.

The brand has become a favorite of sports enthusiasts everywhere.

But several other sports brands exist as well in the same niche market that Nike does. And these brands are just as popular with other sports fans, providing quality and comfort to their customers.

Let’s take a look at who Nike’s competitors in the market are.

But first, we’ll take a look at Nike itself.

Nike: Just Do It

Founded in 1964, Nike has its headquarters in Oregon, USA.

Nike’s biggest selling point is that it manufactures sports equipment and apparel for sports enthusiasts, athletes, and professionals worldwide. In fact, Nike recently collaborated with the LPL to provide them with apparel and sneakers.

Moreover, Nike is a climate-friendly company and is often praised for having brilliant advertising and marketing techniques. Nike spends an estimated 1.46 billion dollars on advertising!

It’s no wonder that Nike’s brand value is a whopping 32.5 billion dollars. Nike’s worldwide revenue is an even higher 36.4 billion dollars, with 9.32 billion and 3.5 billion of those dollars coming in from North America and China respectively.

However, like all brands, it also has some weaknesses.

Nike has seen controversy regarding labor law violations and outsourcing of work to sweatshops in the past. Moreover, while the high-end price point for its sports equipment has been a part of their positioning strategy, it is not particularly affordable.

The constant, ever-growing competition means that there is minimal market share growth within the business.

This is where Nike’s competition comes in, creating a healthy free-market environment.

The niche market that Nike is part of is incredibly competitive. Thus Nike’s competitors (along with Nike itself) are continuously kept on their toes, striving for improvement and perfection in their sports equipment, apparel, and accessories.

Now let’s dive into some of the top sports brands, which also happen to be Nike competitors. 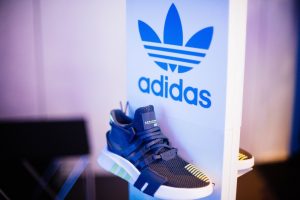 Tagline: All in; Impossible is Nothing

Adidas came to be in 1949. In Europe, it is the best-selling, top-most sports equipment and athletic apparel manufacturer. Adidas is the third-largest apparel brand globally as of 2019.

The Adidas group is composed of Reebok, TaylorMade, and Runtastic.

Alongside Nike, it is one of the most popular athletic apparel and equipment brands in the world, making it the top Nike competitor.

Unlike Nike, which branches out into several products such as music players or watches, Adidas’s top sellers are footwear and apparel.

In 2017, 42% of American consumers said that they purchase Adidas athletic apparel.

Tagline: I am what I am

One of the most significant benefits of Reebok is that it manufactures its products in the premium, high-end range, and also in mid-range. Hence, it’s a lot more affordable than Nike, making it a worthwhile competitor in the world of sports equipment.

Reebok has a great branding and marketing strategy, with businesses expanding in 80+ countries. 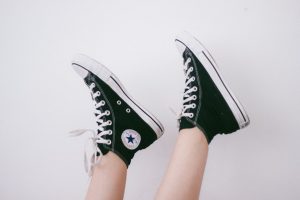 Tagline: All-star (shoes), we have got you covered (clothes)

Converse has a worldwide revenue of 2.04 billion dollars.

The brand offers relatively affordable, mid-premium athletic apparel, along with footwear and skateboards. It manufactures its products with minimum cost and waste.

It has a massive customer base which is loyal to the brand, as well as endorsements from famous brand ambassadors and sports celebrities.

Puma has a worldwide revenue of 5.5 billion dollars

However, Puma doesn’t have the same amount of sports sponsorships and celebrity collaboration that Nike does.

Regardless, Puma is still a fan favorite of sports enthusiasts. Moreover, it has excellent branding in the 90+ countries that it is established in, and the 120+ countries where its products are sold.

Under Armour has a worldwide revenue of 5 billion dollars.

Under Armour was created in 1996 in America. It provides stylish and premium sports equipment and accessories for its consumer base, which offer both aesthetic and comfort.

The famous brand has expanded into the digital realm as well and has put out weight-loss/ nutrition apps like MyFitnessPal and MapMyFitness.

Under Armour has a presence in 50+ countries. Regardless, it is a relatively new company as compared to Nike, which has higher recall and greater brand recognition. However, this also means that there is incredible opportunity for Under Armour’s growth.

New Balance has a worldwide revenue of 4.5 billion dollars.

New Balance was founded in 1906 in the USA. It is a multinational corporation operating from Boston, Massachusetts. While it produces sports equipment and athletic apparel, it’s most well-known for its shoes.

New Balance is not as affordable since it has its apparel and equipment manufactured in the USA or the UK. Unlike Nike, they do not outsource or export the manufacturing work.

Many sports enthusiasts know the sports brand for its innovative and advanced premium designs. It has designed footwear and accessories, particularly for skate-boarders. New Balance is one of the top Nike competitors due to its high-end and high-quality products.

Asics has a worldwide revenue of 3.6 billion dollars.

Asics came to be in Japan in 1949. It is one of the biggest sports brands in the world.

Asics has a robust global presence throughout the world and is immensely popular with sports enthusiasts.

While it is based in Japan, it ventured out into the American market in the year 1977.

It is widely renowned in Asian markets, and also has a strong customer base in the USA and the UK. Many athletes and fitness enthusiasts consider it to be one of the top footwear brands.

The brand Fila was founded in Italy in the year 1911. Korea bought the company in 2007, and the headquarters are located in Seoul, South Korea.

The brand has 100+ stores throughout the world and operates in 70+ countries. Fila expanded its manufacturing line to not only include sports/casual footwear and athletic apparel, but also children’s shoes and apparel.

Fila has a strong brand image worldwide, and has solidified its position as a leading sports brand and as a Nike competitor. 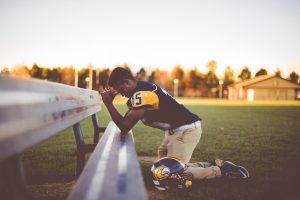 Tagline: Go Out There

Umbro was founded in 1924, and is an English sports brand which provides athletic apparel and football equipment.

With a sleek website and innovative designs, Umbro has set itself apart from other sports brands. Its target consumers are specifically soccer-playing athletes, and most of its sports equipment is tailored toward them.

It has created a strong foundation for itself in 90+ countries through excellent branding and advertising. However, Nike is the parent brand of Umbro, and therefore, may consume much of Umbro’s market share.

Skechers has a worldwide revenue of 4.16 billion dollars.

It was founded in 1992, and is based in California, USA. The company sells its products being in 170+ countries and 2,500 stores all over the world. Skechers has established itself as a top Nike competitor.

Through e-commerce and the power of online buying, Skechers provides consumers with a rich, dynamic inventory of innovative athletic apparel and equipment, as well as a wide variety of footwear.

Moreover, many celebrities and athletes have endorsed the brand, cementing its position further. Skechers has also shown itself to be interested in corporate social responsibility in the past.

These are some of the most popular and renowned brands that compose the greater portion of Nike’s competition.

Are any of these brands your favorite?

Do you prefer any of them over Nike?

Is there another brand that’s part of Nike’s competition we might have missed?

For information about the latest digital technologies, visit our website https://www.vitalsofttech.com/