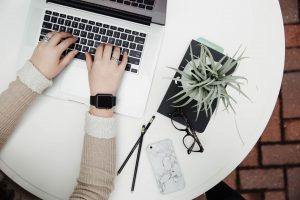 Do you know about post limits on Tumblr? Are you aware that the blogging platform has certain rules and regulations which social media users must abide by?

Tumblr has become one of the best and most entertaining platforms out there for blogging and sharing multimedia content. It is not just immensely popular amongst the younger crowd; it has also found massive notoriety with micro-bloggers of all ages.

There are entire blogs dedicated to particular topics, such as mental health issues, movies, fandoms, fanfiction, fan-art, etc. It is fun to see how versatile and exciting this media space can be, but it can also be intimidating and welcome a lot of unwanted attention. Tumblr is known to be a hub of cyberbullying and harassment. This is because of its unmonitored nature, unregulated users, and the anonymity provided by the blogging platform.

Regardless, social media users have flocked to Tumblr and are trying to make the most of it. If you’re one of them (particularly if you’re a new member), you might want to know what Tumblr’s post limits are.

Let’s look into it!

Tumblr is a “part microblog, part social network,” launched in 2007. Due to its massive popularity and success amongst social media users, Yahoo! Inc. bought the blogging platform in 2013 for 1.1 billion USD.

171 billion+ posts and blogs are available on the platform, and 471 million+ Tumblr users avidly use the platform.

However, there are post limits on Tumblr, as well as several other limitations, in order to curtail cyber-bullying and harassment. In this article, we’ll be talking about some of the constraints imposed by the blogging platform, ranging from the number of posts you can draft and schedule, to the type of multimedia you can upload.

Let’s get into it!

You can only upload 250 posts per day

The more blog posts you have, the better. More content means more followers and likes. But if you wanted to upload more than 250 blogs in a day, you wouldn’t be allowed due to the post limit on Tumblr.

This applies to re-blogs, as well as to the accumulative posts on both your primary and secondary blog.

So when will you be allowed to post more? Tumblr’s headquarters are located in New York, so your Tumblr post limit will reset at midnight Eastern Time.

You can do one of two things:

A helpful tool to determine how many posts you have left remaining before you hit the Tumblr post limit is the Post Limit Checker. Simply enter your username and discover the number of posts you have remaining, as well as the time left until Tumblr resets itself.

You should be able to queue 300 blog posts to be uploaded to your blog in the future at a pre-determined time. Note that you can only post up to 50 posts to your blog in a day through the queue feature.

The best idea is to utilize the 300 queue limit to the most of its extent, and schedule the release of these posts across the span of a few days.

If you find your queue is exceeding 300 posts for some reason, you should save your posts as Drafts and move these drafts into your queue once you have space there for more posts. 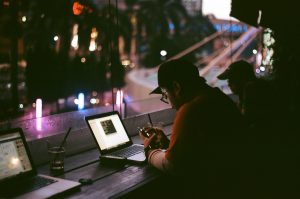 The consensus is that a Tumblr user must be at least 13 years old before they can become a member of the site. Tumblr users, while versatile and expressive, can also promote self-destructive behaviors and glamorize mental health issues.

In fact, Tumblr announced that it has new policies against self-harm blogs which promote mental health problems like eating disorders.

However, one only needs to search “anorexia” on Tumblr to see that the “pro-ana” (pro-anorexia) community is alive and thriving to this day on the blogging platform, along with other problematic communities. Their influence could impact your mental health, no matter what your age (but children and teens are particularly vulnerable).

You have to steer clear of these blogs, and make sure you supervise the activities of any minors you know who may be using Tumblr as well.

The finest resolution is 500×750 pixels for Tumblr posts

How your pictures look is important to your followers, and leaves a big impression on the quality of your blog. This is why you need to be familiar with the quality of pictures compatible with Tumblr.

The standard photo size for a normal picture on Tumblr is 500 x 750 pixels, and the maximum size of an image you can upload is 1280 x 1920 pixels. Tumblr is only compatible with the PG, PNG, GIF, or BMP file formats. You should try to match your photos to these dimensions exactly so that their quality is not compromised.

If your pictures are in another file format such as the CMYK format, you’ll need to use an image editing program to change their format and upload them.

There are other blogs you can discover to see the different photo sizes you can post on Tumblr!

GIFs are something of a specialty for the average Tumblr user. Social media users love these little clips of hilarious memes, and nowhere are they more prominent than on the blogging platform.

However, there are some limitations to the GIFs that you can use. If a GIF is too big of a file size, Tumblr will not support it. It won’t move like a GIF is supposed to. Tumblr will automatically turn it into a static picture, showing just the frozen first frame of the gif.

The maximum GIF size is 3 MB and 500 pixels! This means your GIF will have decent quality while still being playable on the blogging platform.

You can check to see and make sure whether or not your gif is playing or not. Just upload the gif in your Drafts folder and wait to see if the GIF plays or not.

Remember that there is a post limit on Tumblr! Make sure all your posts are top-notch!

You can only track 20 tags 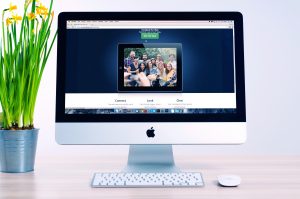 Tags are the words you use to describe the blog post you’re uploading; these can be words relevant to your post, or those that repeatedly appear throughout the post. Tags are helpful in indexing, tracking, and discovering more relevant material to the word.

You’ll be able to see how many new posts have been recently uploaded using that tag. Hence you’ll know that material is relevant to your interests. However, a post limit on Tumblr exists in this case too – this one applicable to tags.

You can only track 20 tags at one time, or else you won’t be tracking re-blogged posts or see the number of recent posts that use that tag.

Unfollow tags that you’ve lost interest in or those that are outdated. But if you don’t care as much about seeing the number of posts, you can track as many tags as you like!

There is a post limit on Tumblr for audio/video media

If you want to upload a video file in your Tumblr post, you have to ensure that it is under 100 MB, and is in an MP4 format. Its dimensions should be 500×700 pixels.

In terms of the Tumblr post limit, you can only upload up to 5 minutes of video in a day. A video exceeding this length will not upload, even if it fulfills the other requirements. Make sure you’re careful about these little details.

How can you get around this issue?

You can upload your video file to a video streaming platform like Vimeo or YouTube. Then you can embed or provide the link in your post.

If you want to upload an audio file in your Tumblr post, it has to be in an MP3 format and be under 10 MB. You can get through this issue the same way you could for video files; upload the audio file on another external audio platform like SoundCloud, Spotify, or even YouTube.

You can only ask 10 questions in an hour

Ask, a feature of Tumblr, allows users of the blogging platform to anonymously ask questions (the person who the question is asked of must reply publically).

A Tumblr user can ask only 10 questions per day, of which 5 can be anonymous. Each question has to be below 500 characters.

If you want, you can use the feature on Tumblr called Fan Mail which allows users to send up to 500 letters to someone in a day.

But there’s a catch.

You have to be following the person you want to write to for a period of over 2 days. After this time, you should be able to send Fan Mail as long as you want. However, if you send anywhere near to 500 Fan Mails or ask over 10 questions on the Ask feature, consider the fact that this could be cyberstalking, harassment or spam.

And there you have it!

These are some of the main limitations of the popular blogging platform.

Despite these restrictions, you can still do a lot with your blog, including customizing it to suit your preferences and conveying your messages to an entire community of like-minded individuals. It’s well worth using, despite the occasionally strict post limit on Tumblr.

The blogging platform is home to dedicated fandoms for massive media properties like Harry Potter, Lord of the Rings, anime, Percy Jackson, and so many more! These blogs have been around for a long time, and have provided a creative outlet for enthusiastic fans to display their art, opinions, and writing.

So how long have you been using Tumblr?

Did you know about these limitations?

Are there any that we’ve forgotten to mention?