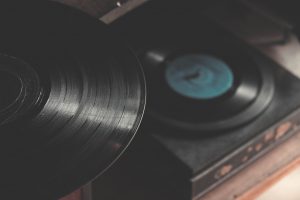 If you’re an aspiring musician or independent artist looking to promote your work in the music industry, you’ve probably wondered at one point or another; what is an LP?

You might have heard of EPs as well, bringing up an even bigger question in your head; EP vs. LP? Which format for music promotion is better? What are the big differences between the two?

The music industry has been booming in the past decade, due in large part to the expansion of the internet and the social media sphere. It’s easier than ever before to create a song and get it out there. The dynamism of the internet has been a core part in the strategies of several aspiring musicians and songwriters.

You need to know how to make your music stand out! You have to be aware of the different sorts of music formats you can distribute music through.

In this article, we’ll be focusing on two main questions; what is an LP? EP vs. LP; which would be best suited to you?

What is an LP? 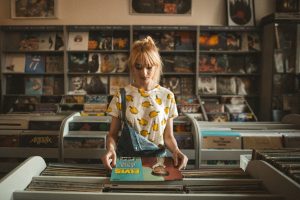 LP stands for “Long Play” or “Long Playing.” This is essentially the same thing as a full-length music album. They’re, as the name suggests, longer playing music recordings that span the course of several songs.

There are no hard-and-fast rules about the duration or number of the songs, but an LP (or an album) is typically considered to be 30-60 minutes in length, and 10-12 songs long.

The word LP was derived from the microgroove vinyl records of the past. Each vinyl record could hold 40 minutes of music on one side. Records with an entire album worth of music would be referred to as a “long-playing vinyl record.”

When the digital revolution arrived at the turn of the century, music enthusiasts took to a more accessible, easier way of consuming their favorite albums; streaming services and downloads. As time passed, LPs began to be referred to as an album. Albums would be found online on streaming services.

Despite the fall in popularity of long-playing vinyl records, they have since come back into style, and are a large part of hipster culture and aesthetic. These records, despite their fall in popularity, played a large role in the early promotion and consumption of music.

Even though the words “LP” and “album” have become interchangeable today (with the majority preferring the word “album” over “LP”), the two are essentially the same things.

An LP or an album does, however, differ vastly from the EP, thus bringing up the big debate; EP vs. LP.

What is an EP?

We’ve already discussed what an EP is with great detail in a previous article. We’ll rehash it again here.

EP stands for Extended Play. EPs are much shorter than LPs, and are more similar to a demo than a full-length album.

The consensus is that EPs are supposed to be no more than 30 minutes and 4-6 songs long! As we’ve mentioned before, Spotify and iTunes will classify your tracks as an EP if it fulfills these criteria.

EPs are a great way to promote your music, and to give people a taste of what to expect from you as an independent artist. 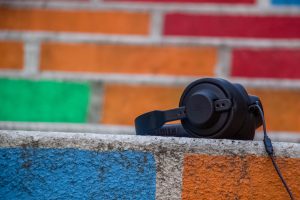 If you’re an independent artist or a beginner musician, you have to know the difference between these music formats. In your journey through the music industry, the more knowledge you have, the better.

You should be able to have a better understanding of which kind of music format you want to choose after this comparison.

If you’re an independent artist or an aspiring musician with a dream, knowing the differences between an LP and an EP is crucial. Neither and LP nor an EP is better than the other; both have their pros and cons.

In fact, the deciding factor between whether you should release an EP or an LP is not the virtues of both formats themselves. Instead, what you should be focusing on are your objectives and the context surrounding your music.

A lot of factors contribute to deciding which music format you want to use for your first release. If you’re an aspiring musician or a small independent artist, your decision will rest on several things. These include whether or not you have a label backing you, whether you’ve released an album before, the contacts you have in the music industry, what kind of budget you have, what kind of resources you can allocate, what you would prefer for your marketing strategy, etc.

The EP vs. LP debate depends more on your sound and your aims. So don’t write one off completely just from reading a few articles. Think about how each music format can apply to your songs.

So now that you know the differences between an LP and EP, which one will you be using for your music?

Let us know in the comments below!