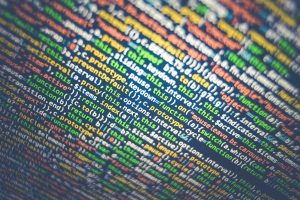 A computer noob like myself often gets confused about storage units in terms of the memory of a computer. All these KBs, MBs and GBs boggle my mind. Does that happen to you too? The question that baffles me the most is, which is Bigger – KB or MB?

In addition to answering this question, I will try my best to explain to you what are the meanings of these units and how they are of use.

A bit is the tiniest unit of data in terms of computer memory. It has only one binary value, either 0 or 1. So, these are the only two possible values for a bit. The computer has in-built instructions that usually relay information about bits. However, data is stored in a computer in the form of multiples of bits by manipulating them.

The smallest computer processable unit of data is called a byte. The multiple of bits is called bytes. A byte is a basic unit of computer architecture. It is a digital unit of information for memory storage, just like a bit. A byte is a collection of bits used to code a single text character in a computer.

A byte constitutes in two raised to the power n. Thereby, it is in the multiples of eight. Initially, a byte was signified as an octet to prevent confusion. A byte is eight bits combined, for example, 8, 16, 32, 64, etc. Half a byte that is four bits is called a nibble.

Now that we know what a bit and a byte are, it is time to take it up a kilo notch.

There are two systems in place to ascertain the values of these storage units: binary system and the decimal system.

KB is the abbreviation of a kilobyte. A binary kilobyte contains 1024 bytes and signifies as two raised to power 10. A decimal KB can hold up to 1000 bytes and mean as ten raised to power 3. It is in terms of the power of ten, which is pure mathematics is a decimal interpretation.

Sometimes the difference between a binary KB and a decimal KB complicates you. But it is easy enough to remember that a binary KB is bigger than the decimal KB by no more than 24 points.

If you do not have the time to read all of the above, here is a small table for you that summarizes all of this handy information.

Now that we have adequate knowledge about the meaning and values of these units, the next question is, where are all of these used?

Primarily, these units are used in storing digital information in your device like your computers or cellular phones. They specify the amount of space occupied by a particular picture, video, or document. 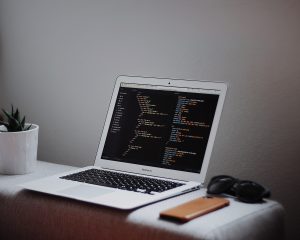 Other than that, these units are also used to determine the speed of the internet in terms of transfer of data. You will often find specific acronyms that are hard to understand. No worries, here is a table to know how these units abbreviate on the screens of your devices.

Here the ps in Mbps, mBps, Kbps and kBps stand for per second.

Going back to our original question of Which is Bigger – KB or MB? The answer to this is clear. No matter which system you use, binary or decimal, Kilobytes are always smaller, and Megabytes are still the bigger unit of digital computing information.

I hope this discussion was useful to you. To learn about Oracle Transparent Data Encryption and the world of Multitenant Database, visit our website.